Reflective studs can be added to almost any cast metal sign to make it far more visible to motorists. They tend to be used most commonly on road signs either where it is important that a driver be made aware of a potential hazard, or on the lettering of a boundary sign such as in this example: 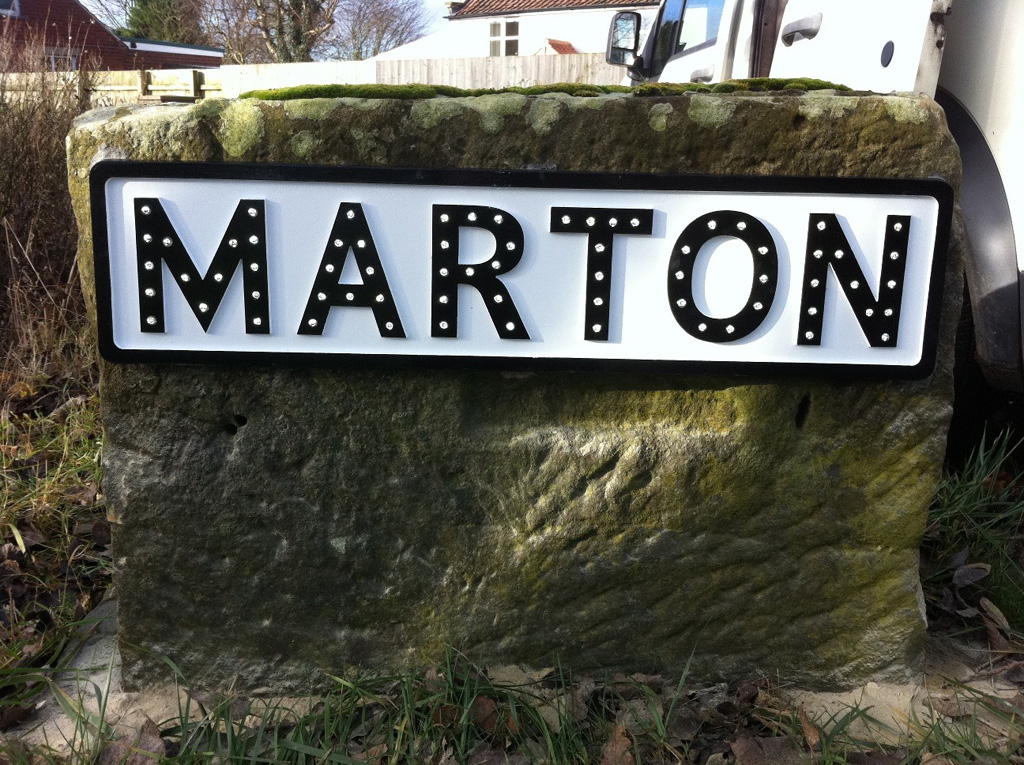 With most road signage now being made using reflective vinyl, there are not so many reflective stud signs as used to exist. However, they still prove a popular and attractive option for those looking for a more traditional sign design, or for a location which is better suited to an 'old fashioned' cast metal sign whilst ensuring the sign remains visible and clear at all times.

More in this Section